When movie aficionados think of Japan, their minds typically turn to Akira Kurosawa. That’s understandable, as one could make a plausible case for him being the best director in the history of cinema. But Kurosawa is far from the only brilliant filmmaker to hail from the Land of the Rising Sun. Another is writer-director Kaneto Shindô, the creative force behind Onibaba.

Shot in lustrous black and white under demanding conditions in 1964, Onibaba is a primal, sensual and eerie story of human beings struggling to survive. Emphasizing the mythological nature of the tale and its universal themes, the two central characters do not even have names. The older woman and her young daughter-in-law eke out a living in a swamp by murdering unfortunate soldiers who are lost or are fleeing the battles that rage across 14th century Japan. Strong, complex women characters were one of Shindô’s hallmarks, and he chose brilliant actors here to essay the roles: Nobuko Otowa (his real-life wife) and Jitsuko Yoshimura. 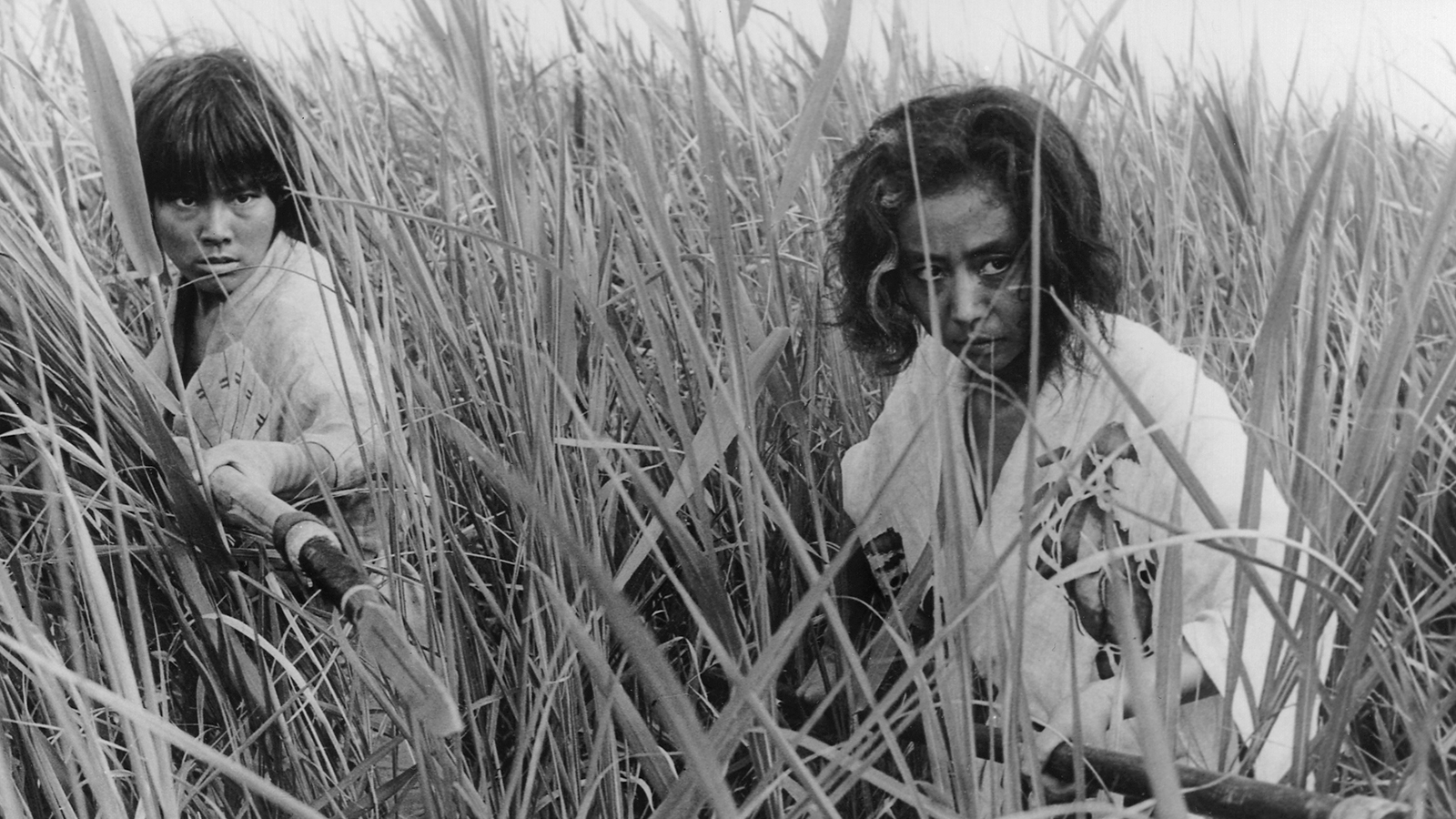 Into this small, brutal world eventually comes a disruptive force, an ex-soldier played by Kei Satô who informs the women that the link between them is gone: the older woman’s son is dead and the younger woman is therefore now a widow. The ex-soldier moves into the swamp, while keeping a lustful eye on the young woman, whose own uncontrollable sexual yearnings are memorably dramatized by her racing through the tall, undulating susuki grass (truly, the grass forest is the film’s fourth character). The older woman is consumed both by her own sexual frustration and her fear that the young woman will leave her, ending the bloody partnership that allows her to survive. So she concocts an unusual scheme to disrupt the relationship, which backfires as the movie takes a supernatural turn that will resonate with those viewers who are familiar with Buddhist folklore. 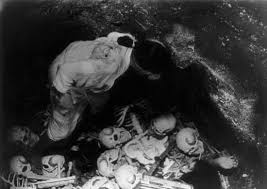 This is a raw film about how human beings’ animal nature emerges under harsh conditions. On display are unbridled lust, jealousy, greed and violence. Even the way the characters eat suggests animality. Hikaru Hayashi’s one-in-a-million score, a mix of Taiko, jazz and ghostly notes from wind instruments, is the perfect marriage of music with celluloid. Kudos are also in order for cinematographer Kiyomi Kuroda for achieving technical brilliance on a hot, rainy and swampy set (It was so brutal that Shindô allegedly refused to pay the rebellious crew unless they finished the shoot). Like Saed Nikzat, Kuroda has the confidence to hold a still long shot and let the audience experience the environment and characters rather than forcibly directing our attention by moving from one quick cut to another. This is especially effective in his hypnotic, sensual images of the ever-swaying susuki grass forest.

Although the film is perhaps 10 minutes too long, Onibaba is completely original and fascinating. It’s also rather unsettling in the best artistic sense of that word. To fully enjoy this classic of Japanese cinema, try to get your hands on the gorgeous Criterion Collection re-issue.